Today is Monday, the start of the first full week since the epic snowstorm of 2013 had the indecency to dump a foot of white stuff on top of my house. It’s also the start of the last full week of school before Christmas break, which means I totally got cheated out of a full week of Christmas shopping. Stupid snow. Although I love snow. I might have snow danced at the end of my cul-de-sac a time or two. Or twelve. But still.

A foot of snow? Plus a bunch of ice?? Before Christmas???

See. Our winters don’t usually start until sometime in late January. Early December is practically unheard of. Like, almost as unusual as a Kardashian without lip injections. You really never see it. It’s totally out of the question. Speaking of, did you see the youngest K—Kendall, I think, only 17 years old, by the way—just revealed her new lips? They’ve been injected to twice their size. Y’all, this is disturbing. Severely disheartening. I mean, I waited until age 27 to get new lips. ‘Til 29 for the eyes. And as for a full-face lift…let’s just say it’s in the works for next Spring…around my 31st birthday.

**All of that was a joke. I’m deathly afraid of knives. Plus I don’t like pain and swelling, and something tells me both are involved.**

Anyway, we were snowed in for days. And I was abandoned by everyone who loves me. Never mind that they were also snowed in and couldn’t get to me. That’s beside the point.

Abandoned, I tell you.

And the only time I left the house for six days was to hitch a ride to the grocery store for milk, where I discovered that everyone else had also hitched rides because the store was out of milk. And bread. And yogurt. And Doritos. And Enquirer magazine.  It was a national crisis. Or maybe just a Northwest Arkansas crisis. Same difference.

Abandoned, I tell you. And breadless.

Here’s a pretty pic of my neighbor’s house. Hope they don’t mind me showing you, but it was way too cold to step out and take a picture of mine. 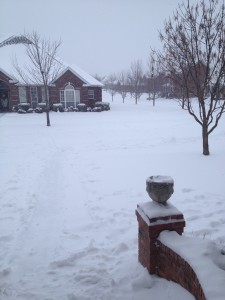 So fast-forward several days and I finally drove myself to the store. Groceries…my life is so exciting. Anyway, in my quest of all things edible, I found myself at a particularly nice health food store a couple towns over. And this is where I discovered that no matter how hungry you might be, a bad title will kill your appetite.

Take this for example: 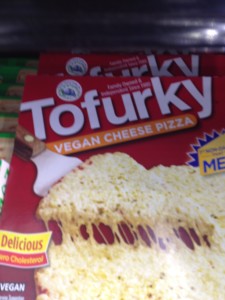 I love pizza. Adore it. But there’s no way I’m eating this. Not with such a crappy brand name that kinda seems like a cuss word if you read it too fast. Like I did. 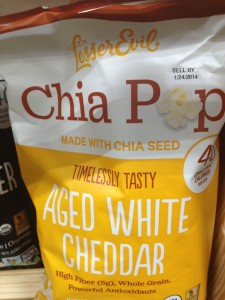 Pour water over this popcorn and see if it grows hair. So, so cool. 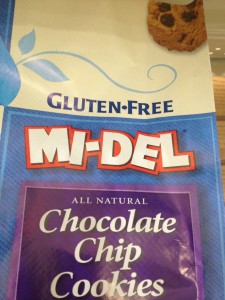 It’s a cookie that also cures a bad case of cramps. What’s not to love?

So see? Sometimes being stuck in a snowstorm and out of food isn’t necessarily a bad thing. Though you can bet at the first sign of another impending blizzard, I will be stocking up on bread. And frozen pizzas. Just not any that rhyme with Toad Turkey. It’s the worst kind of turkey, and I won’t be eating it, ever.

Being healthy is overrated, anyway.

Another Case of the Randoms