My friend, the wonderful and talented Carla Laureano, tagged me in The Next Big Thing blog hop! If you didn’t come here from there, be sure to stop by her blog and check it out: www.carlalaureano.com

The rules of the blog hop:
1. Mention who tagged you, and link to their post.
2. Give the rules.
3. Answer the ten questions below.
4. Link to at least 3 other people.

There’s a small chance I’m getting this all wrong, but here goes…

What is the working title of your book?
The Wedding Game. It’s the first in a series of three books, all based on reality shows.

Where did the idea come from for the book?
I am not a big reality show buff, but my younger sister is. However, I am a fan of public train wrecks–that awful GoDaddy commercial during the Super Bowl last night, Beyonce’s moving rendition of her lip-synced National Anthem–and so on the morning I stood in front of the mirror listening to Robin Roberts talking in the background about Kim Kardashian getting a divorce when I had JUST watched clips of her multi-million dollar wedding a couple days before…an idea was born. “The next thing you know, they’ll be doing reality shows about two people who get married for money,” I said out loud to my oldest son. Then I thought about it, went hmmmm for a moment, and decided to write it.

What genre does your book fall under?
Contemporary Romance/Romantic Comedy.

Which actors would you choose to play your characters in a movie rendition? 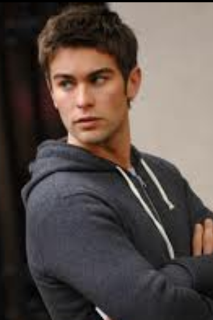 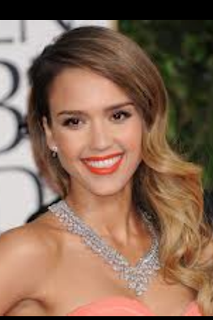 The sorta kinda cute Jessica Alba would play Ellie McAllister, my 25-year-old heroine. I realize she’s not that great an actress, and I’m not even sure she can do funny. But she’s pretty, and the closest thing I have in mind for looking like my character. She’s no Chace Crawford, but she’ll do.

What is the one-sentence synopsis of your book?
One sentence?? Don’t have that, but here’s what I do have.

The players: A Hollywood playboy and a small-town southern girl.
The challenge: Stay married for six months to a stranger while cameras capture it all.
The prize: Two million dollars. If they can make it. And if America’s falls for their fake love story.
Welcome to reality. Let the games begin.

Will your book be self-published or represented by an agency?
I’m represented by Jessica Kirkland of The Blythe Daniel Agency. As for the other part of the question, we’ll talk about that next time.

How long did it take you to write the first draft of your manuscript?
About four months. Followed by what felt like a million months of edits and rewrites. All in all, the entire thing took about seven months from start to finish. Most of it was written during my youngest daughter’s naptime, in the school car line, at guitar lessons, during baseball practice, while I was supposed to be cooking dinner… Amazing what you can accomplish when you ignore your children put your mind to it.

What other books would you compare this story to within your genre?
There aren’t many reality show books on the market right now, but I might say it compares most in style to books by my sweet friend Jenny B. Jones (if you haven’t bought her books, do yourself a favor and fix that serious misstep now), or books by YA author Sarah Dessen, with comedy thrown in.

Who or what inspired you to write this book?
Finally getting fed up with my long list of excuses. If I had a do-over, I would have started writing novels years ago, back while I was still in college. Instead, I wrote greeting cards, newspaper articles, catalog descriptions, calendars, among other things. I liked doing all of them, because I’ve always loved to write. But my real love lay in creating stories—big, elaborate, never gonna happen stories that grew and grew in my head. But I never wrote them down, because life got in the way, and I came up with a million reasons why I wouldn’t be able to ever get started: I got married, had a full-time job, had a baby, and another and another and another, I was tired blah blah blah. Finally when my youngest daughter was a few months old, I thought: I’m never going to do this. There is never going to be a right time! This next morning, I picked up my pen and started on my first book.

What else about your book might pique the reader’s interest?
There’s blood, gore, murder, fighting, scandal, espionage….
Not really, people! Weren’t you paying attention?? It’s a romantic comedy, so pretty much take all that stuff out and you’ll get my book. But it’s fun, hopefully funny, and there’s something in it for everyone.

Thank you for visiting! Now hop on over to the next stops on the tour next week, three good friends and wonderful up-and-coming writers.

On Singing, Voting, and Work